On Sept. 21, 2003, Galileo’s mission finally ended as it plummeted into Jupiter’s atmosphere.

Launched on Oct. 18, 1989 aboard the shuttle Atlantis, Galileo began a mission to explore Jupiter and its moons. After nearly 14 years of observations, Galileo was deliberately destroyed to protect one of its own discoveries: a saltwater ocean underneath the ice on Europa, one of Jupiter’s moons. 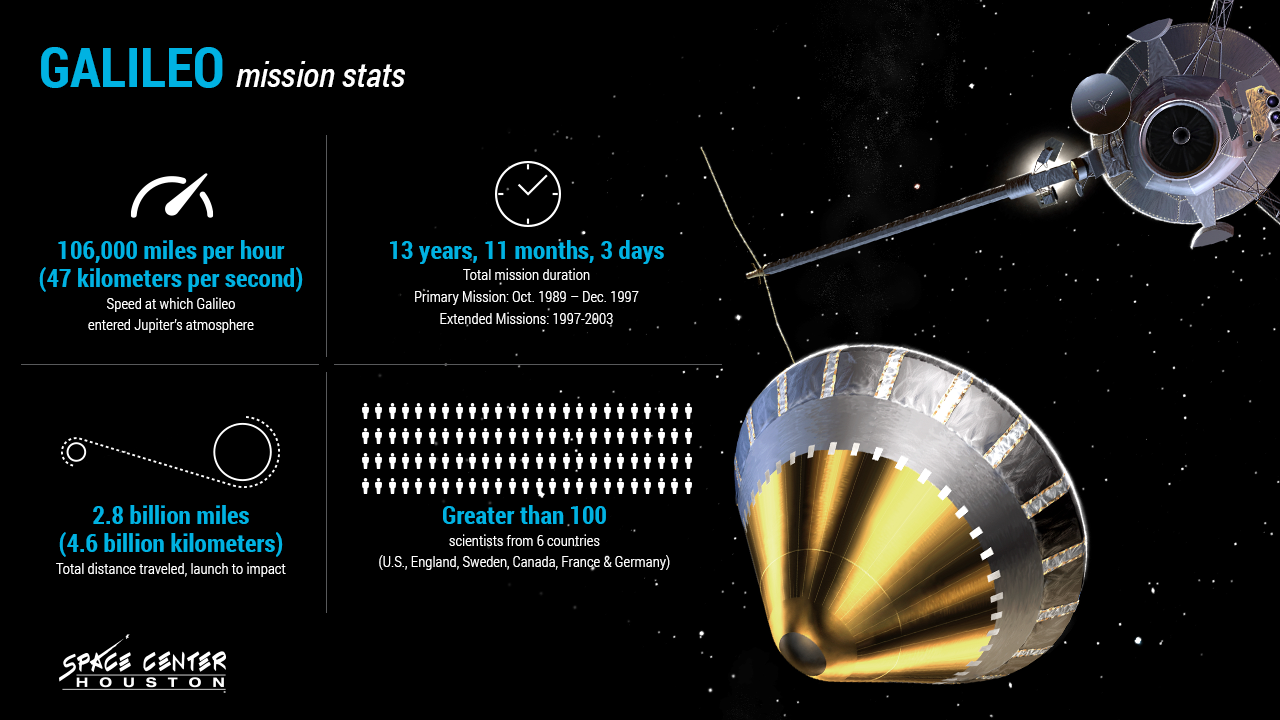 Galileo was a trailblazer.

The spacecraft flew into deep space and history, boasting many discoveries.

The mission was chock full of discoveries, but it was also bursting with ground-breaking achievements.

Galileo was the first spacecraft to orbit and deploy a probe into the atmosphere of an outer planet. The mission also marked the first documented flyby and imaging of an asteroid (Gaspra). To this day, Galileo holds the only observation of a comet colliding with a planet’s atmosphere, as it captured Shoemaker-Levy 9 colliding with Jupiter.

The data obtained from Galileo is invaluable. Thanks to this stellar spacecraft, scientists were able to compile the first detailed maps of Jupiter’s major moons. Galileo, aptly named after the famous astronomer, taught us much about Jupiter and its moons during its near 14-year voyage which came to an end 16 years ago today.

Top 10 photos of astronauts at the cupola