This summer, we are exploring how we push human extremes in order to survive and thrive in the harsh environments of space. What will the first lunar habitats look like and how will they sustain life?

When NASA sends astronauts to the surface of the Moon for the Artemis Program, it will be the first time outside of watching historical footage most people witness humans walking on another planetary body. Building on these footsteps, future robotic and human explorers will put in place infrastructure for a long-term sustainable presence on the Moon.

NASA proposed a plan to go from limited, short-term Apollo-era exploration of the 1960s, to a 21st Century plan. With the Artemis program, we will explore more of the Moon than ever before to make the next giant leap – sending astronauts to Mars.

On the surface, the core elements for a sustained presence would include an emphasis on mobility to allow astronauts to explore more of the Moon and conduct more science:

Astronauts working on the lunar surface also could test advanced robotics, as well as a wide set of new technologies identified in the Lunar Surface Innovation Initiative, focusing on tech development in the areas such as of in-situ resource utilization (ISRU) and power systems.

Rovers will carry a variety of instruments including ISRU experiments that will generate information on the availability and extraction of usable resources (e.g., oxygen and water). 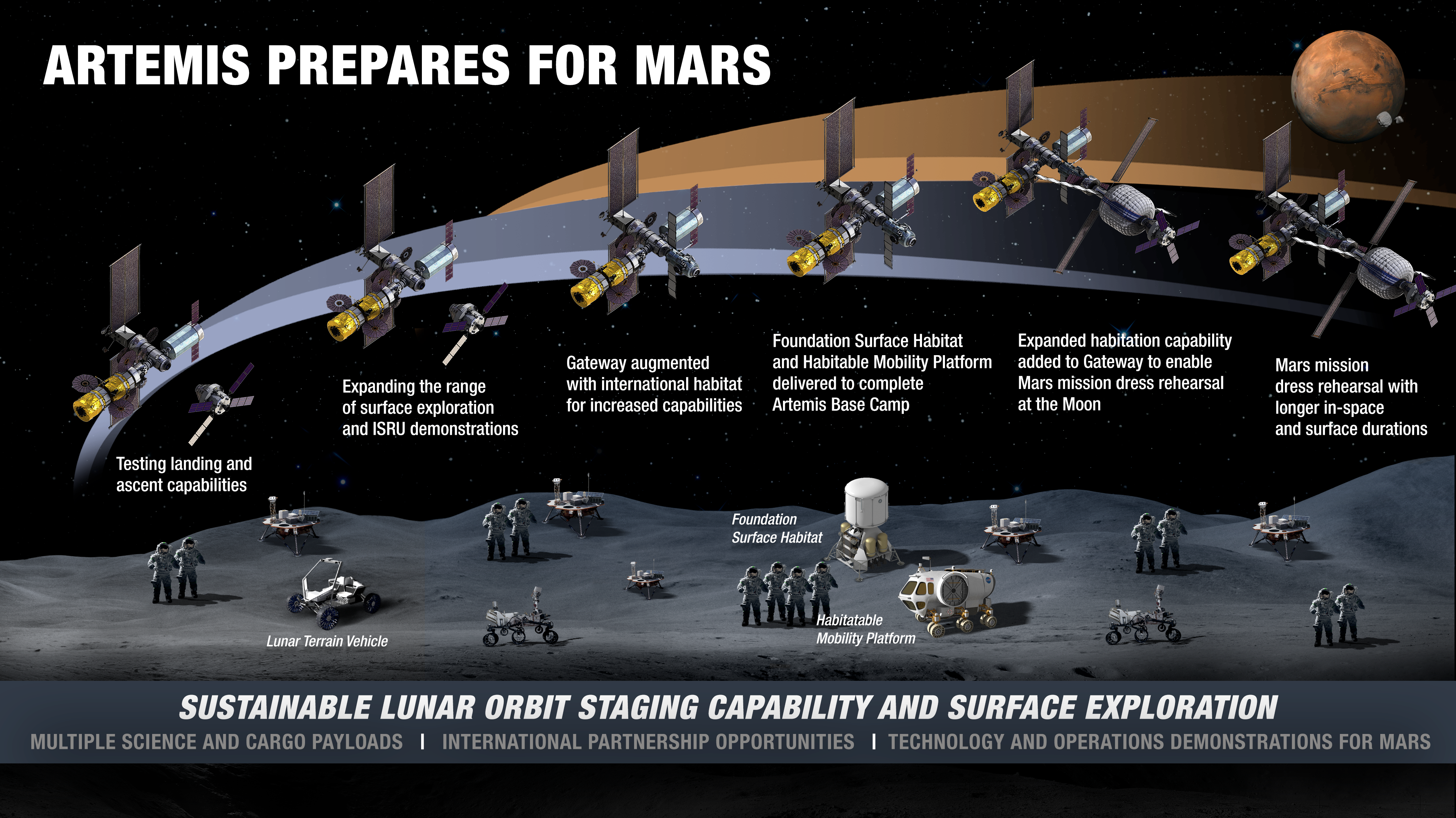 Advancing these technologies could enable the production of fuel, water, and/or oxygen from local materials, enabling sustainable surface operations with decreasing supply needs from Earth.

While the goal of Apollo was to land the first humans on the Moon, the Artemis program will use the Moon as a testbed for crewed exploration farther into the solar system, beginning with Mars. This is America’s Moon to Mars space exploration approach.