As we push forward to explore new worlds with Artemis, it is important to look back at how the rovers and surface exploration vehicles of yesterday have inspired the designs for those of tomorrow.

NASA has used these vehicles for transportation, to collect samples and run scientific investigations to learn more about planets prior to us visiting them. They often go ahead of human explorers, where no vehicle has gone before. Without them, we simply would not know as much as we do.

They make an astronaut’s job much easier, and they help pave the way for future exploration.

Test out what you know about rovers and surface exploration vehicles with today’s pop quiz!

How many lunar rovers were built for the Apollo program?

Four Lunar Roving Vehicles were built for the Apollo missions. Three of these actually made it to the Moon for the last Apollo flights (15,16, and 17). According to NASA, the fourth lunar rover was was used for spare parts once later Apollo missions were cancelled.

How many days can NASA's next-generation Space Exploration Vehicle (SEV) house a pair of astronauts?

According to NASA, both the surface and space version of the SEV can accommodate a crew of two for up to 14 days inside its pressurized cabin! Don't miss your chance to see a prototype of the SEV during your next visit! It is at the center for a limited time.

NASA's Curiosity rover goes by another name. What is it? 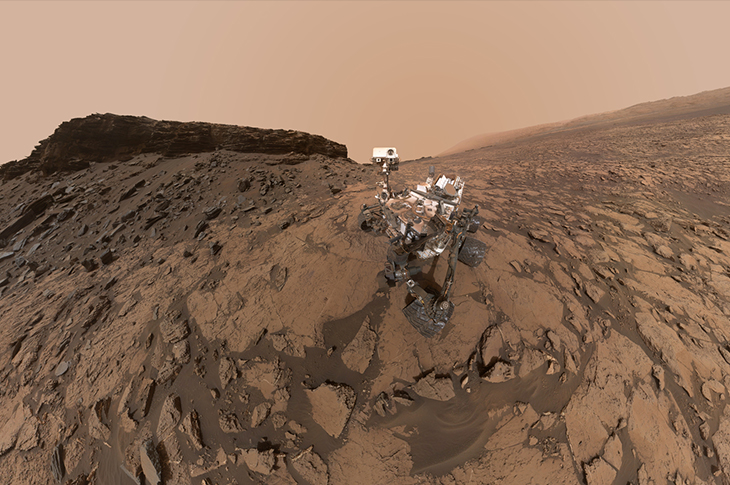 Which is the largest Mars rover that has ever traversed the red planet?

The car-sized Perseverance rover is the largest and heaviest Mars rover that NASA has built. It touched down on the red planet back in February and has been using all its scientific instruments to investigate and explore Mars like never before.

What is the name of the Mars Helicopter that achieved the first powered, controlled flight on another planetary body?

Ingenuity is the Mars Helicopter that recently accomplished the first powered, controlled flight on Mars. The helicopter traveled to the red planet on the underbelly of the Mars 2020 rover, named Perseverance.

True! NASA's newest lunar rover, the Volatiles Investigating Polar Exploration Rover, which is roughly the size of a golf cart, will travel around the south pole of the Moon in search of water ice, which could eventually be used to sustain humans on the lunar surface.

What was the name of the first rover to land on Mars?

The first Mars rover, roughly the size of a microwave, was named Sojourner. According to NASA, the small-sized rover was sent to the red planet for the Mars Pathfinder mission and became the first wheeled vehicle to traverse another planet.

True or False? NASA's Spirit and Opportunity rovers are twins.

Spirit and Opportunity are twin rovers that traveled to the red planet in 2003 as part of the Mars Exploration Rover mission. The rovers were sent to the Martian surface to investigate the history of water on Mars. According to NASA, the identical twin rovers landed in two different sites on opposite sides of Mars, and they did find evidence that the planet once had lakes and rivers on its surface, as well as water below ground and in the atmosphere.