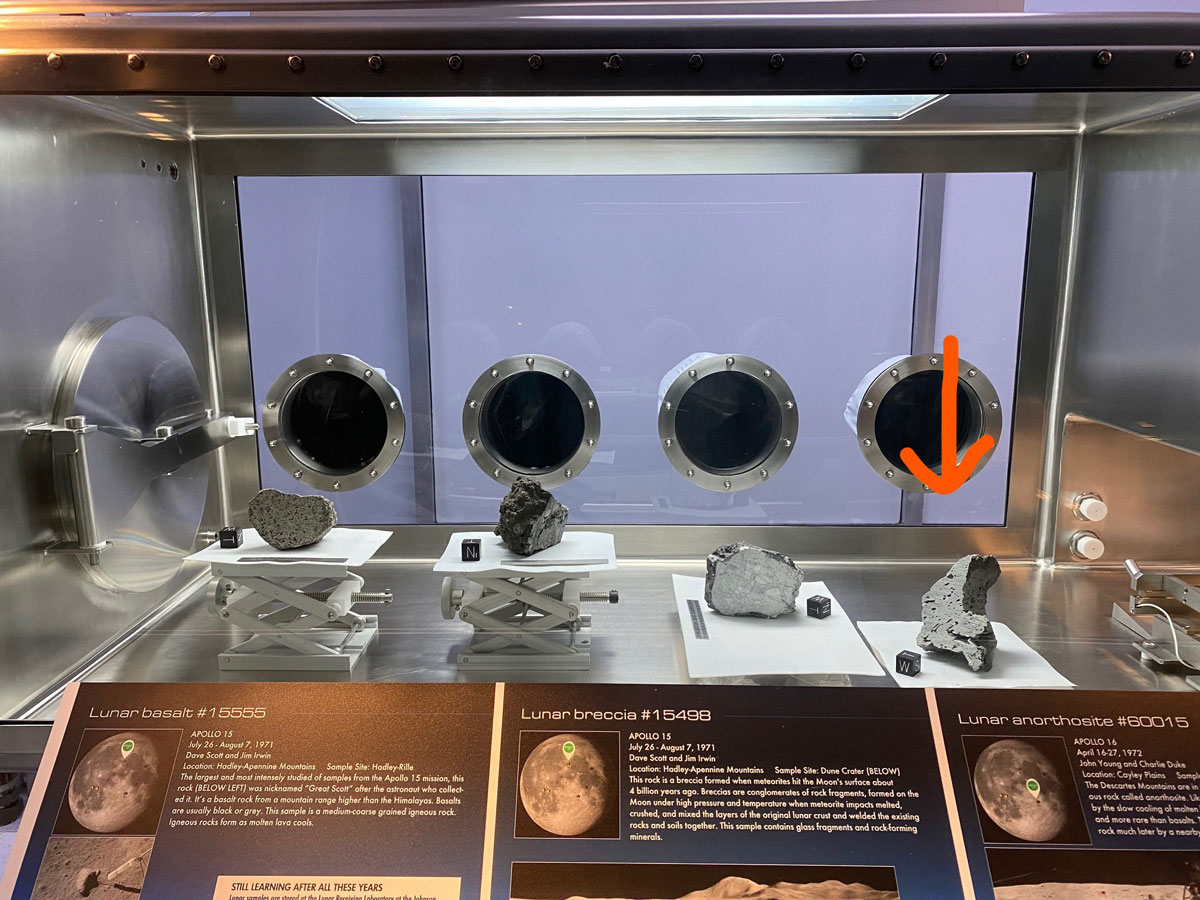 Space Center Houston has a new lunar sample on display! Sample no. 76015 is displayed in our Lunar Vault, pictured above in his home, our display case.

What is it? What makes it special? Where did it come from? We’re glad you asked.

Sample no. 76015 is a piece of lunar breccia. That means it’s a rock made from material fragmented by meteoroid impacts. The boulder from which this sample was taken consisted of minerals and rock cemented together in glassy matrix.

Why glass? There are two possibilities. The heat from the meteoroid’s impact is so hot that it turns any silica in the materials into glass. That impact could have formed the glassy matrix. Of course, the glass may be volcanic in origin, essentially being “frozen” lava.

Where did it come from?

This sample was collected as part of the Apollo 17 mission. The last Apollo mission to land on the Moon, Apollo 17 brought back the most tonnage of lunar samples of any mission to date. Astronauts Gene Cernan and Jack Schmidt landed in the Taurus-Littrow Valley near the edge of Mare Serenitatis, which means “Sea of Serenity.”

This is a geologically diverse area surrounded by mountains and an ancient lava flow in the valley. It was helpful then that the Apollo 17 mission had its own geologist on board. Schmidt studied as a geologist and became the first scientist to venture into space for NASA.

The boulder from which Sample no. 76015 came seems to have rolled down the side of a nearby hill . 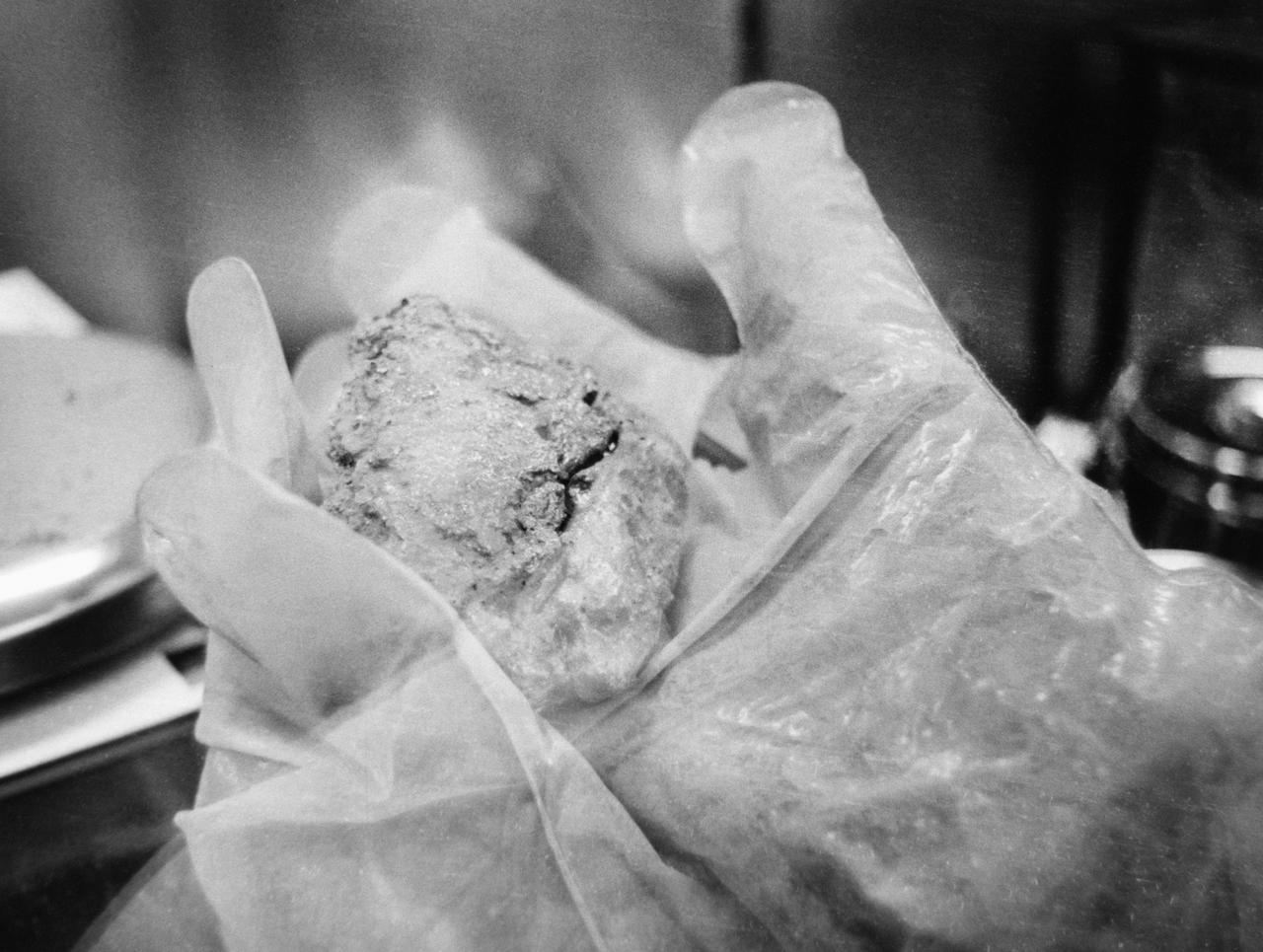 Why is it special?

Between 1969 and 1972, six Apollo missions brought back 382 kilograms (842 pounds) of lunar rocks, core samples, pebbles, sand and dust from the lunar surface.

That seems like a lot, but relatively speaking, scientists have a very small amount of lunar materials to study. Even all these years later, they’re still finding new information out about the Moon.

Study of rock and soil samples from the Moon continues to yield useful information about the early history of the Moon, the Earth, and the inner solar system. Nearly 400 samples are distributed each year for research and teaching projects.

Recent computer models indicate that the Moon could have been formed from the debris resulting from the Earth being struck a glancing blow by a planetary body about the size of Mars.

NASA Johnson Space Center is the home for most of the lunar samples on Earth. Learn more about the research being done there here.