Starship Gallery at Space Center Houston is home to multiple flown spacecraft and national treasures. Get an up-close look at some of the most amazing artifacts that trace the progression of human space exploration – the Apollo 17 Command Module, a full-size Skylab Training module, a Moon rock you can touch and more! 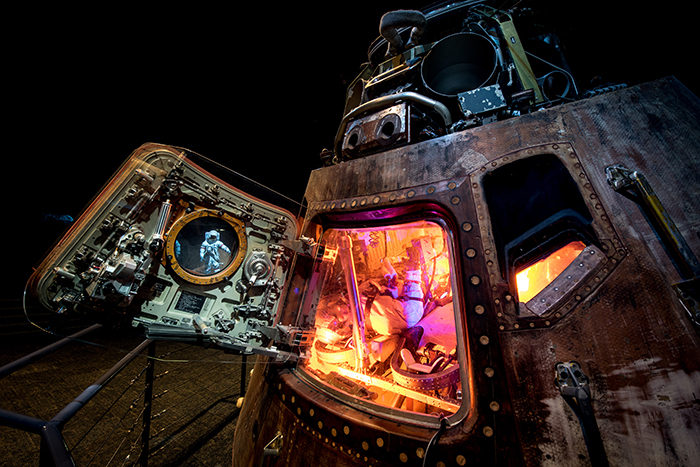 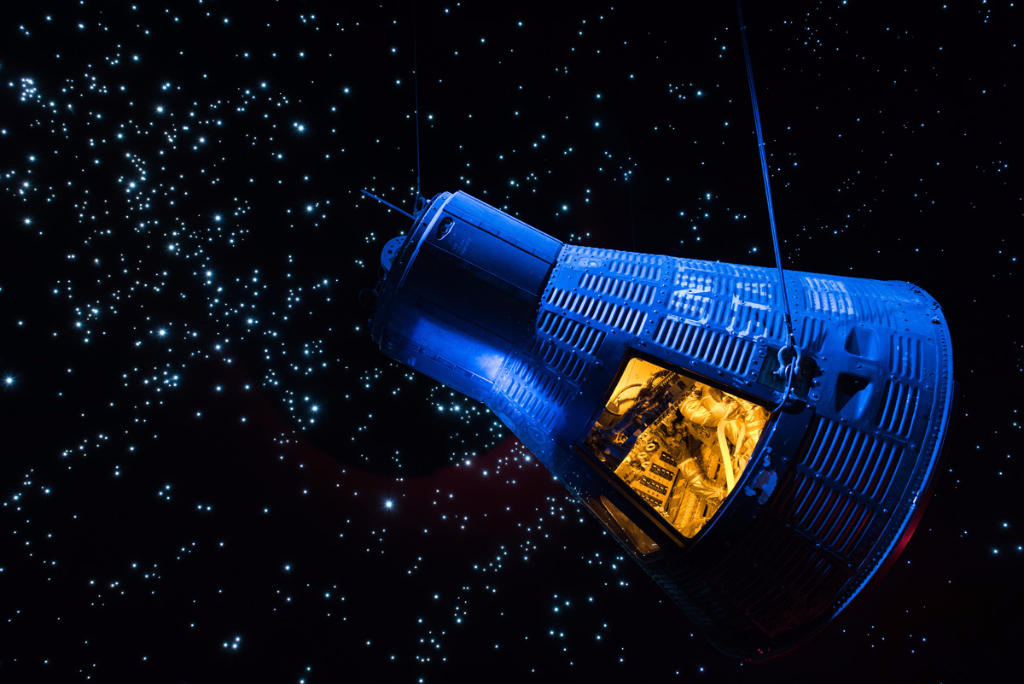 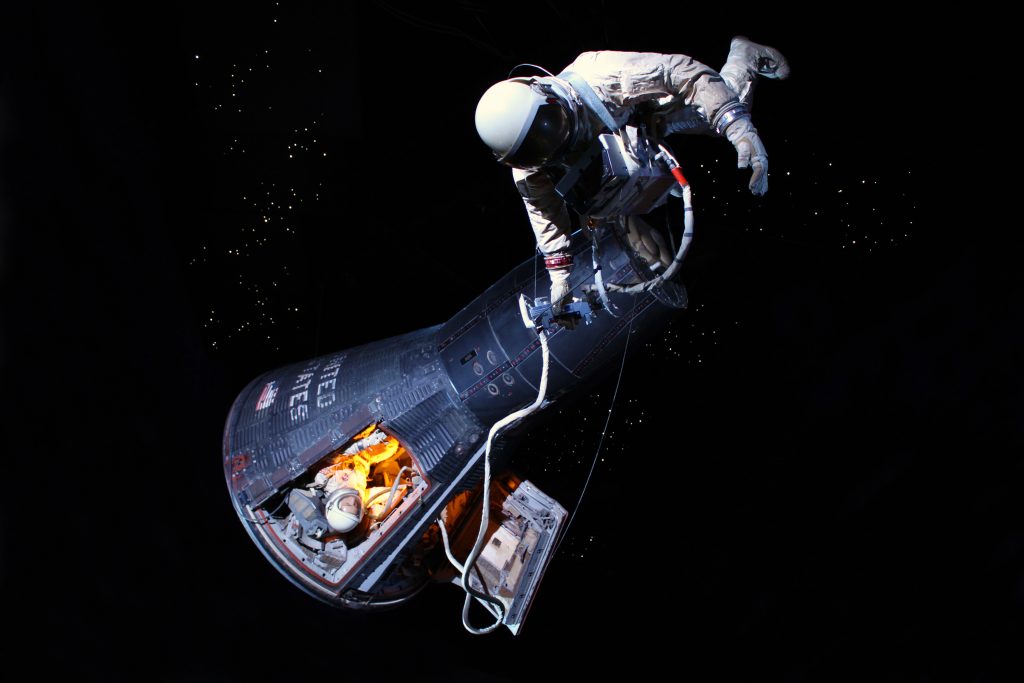 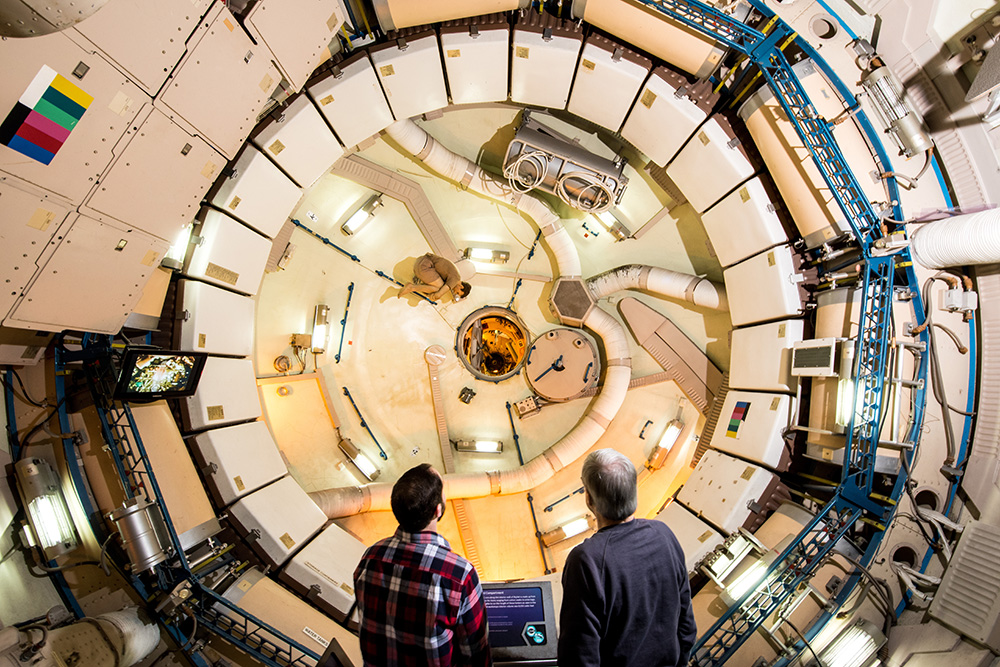 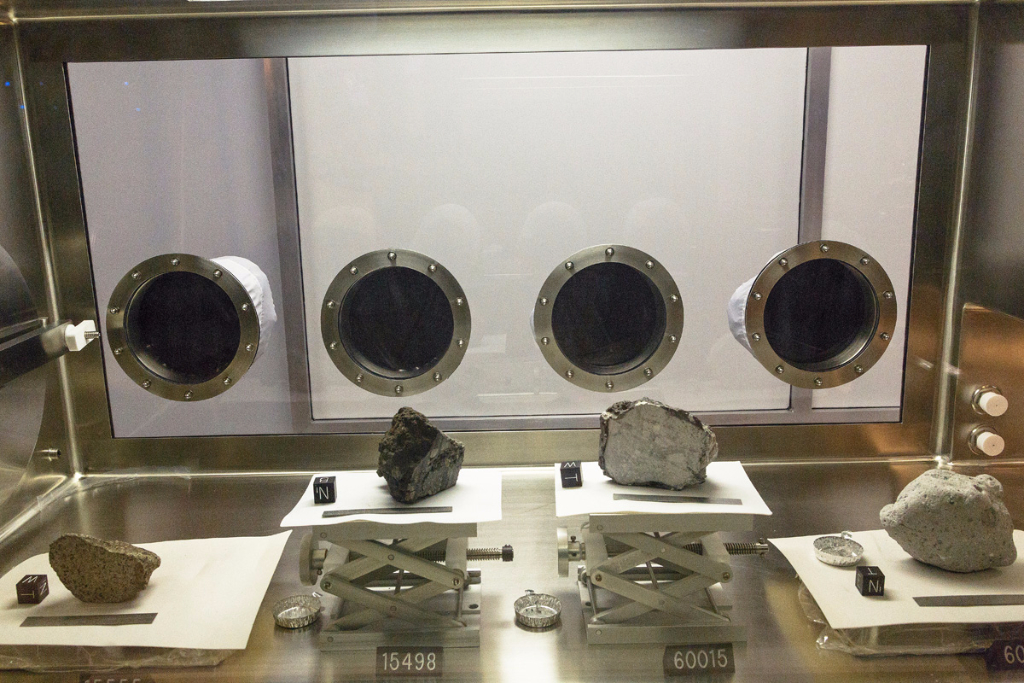 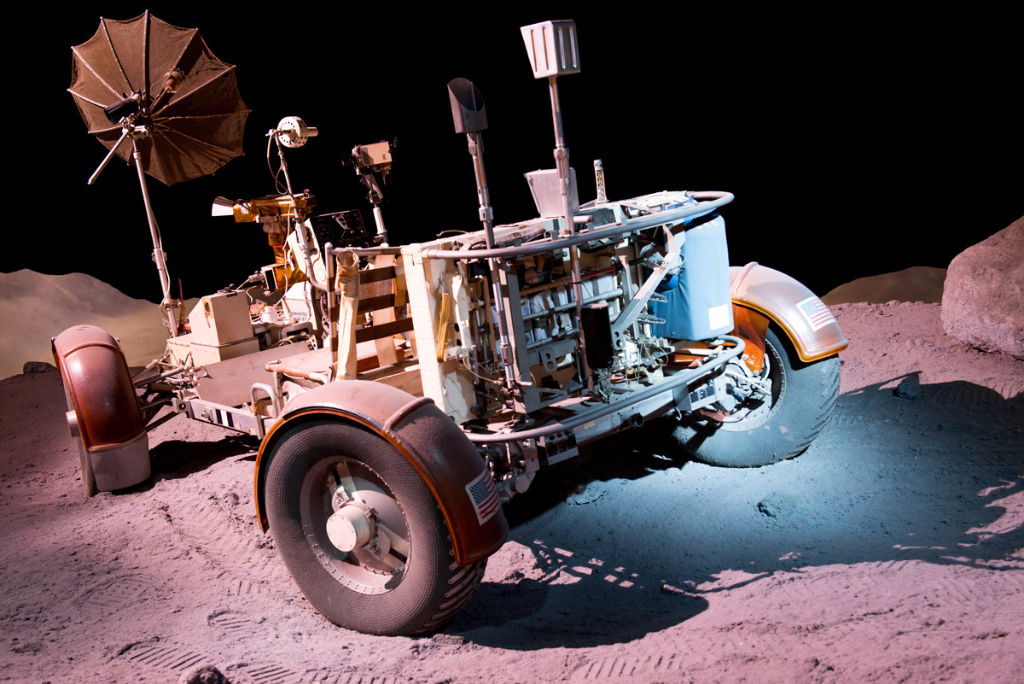 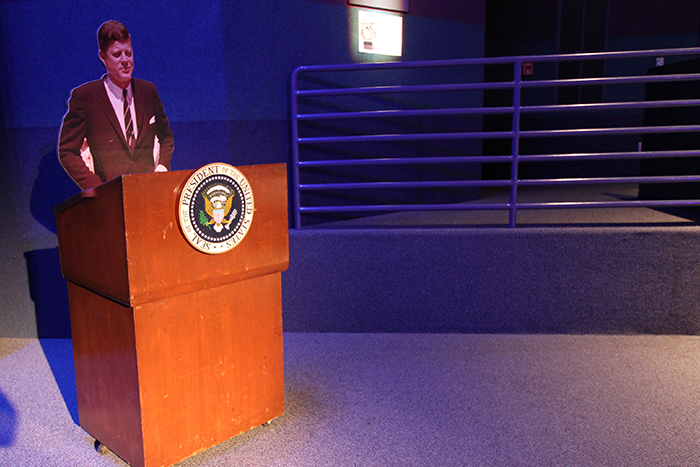 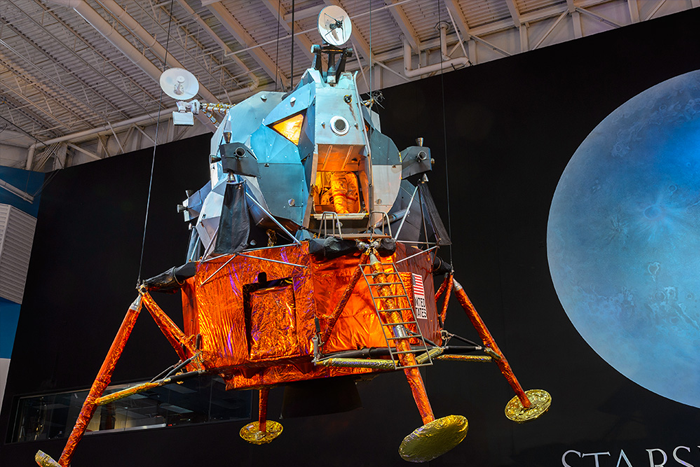 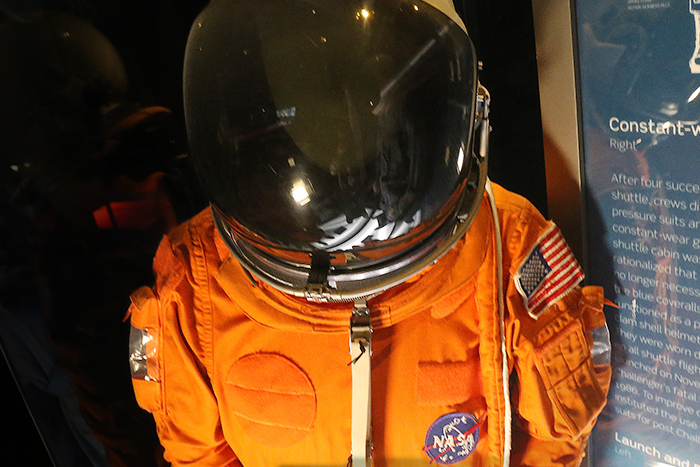 Eugene Kranz was the nattily attired flight director for the Gemini and Apollo programs. He had a penchant for wearing colorful vests for each mission, including this glittery, patriotic number in honor of the final Apollo mission, Apollo 17.

He wore the vests, all handmade by his wife, for good luck. Given his record of success, including the recovery of the three astronauts on Apollo 13, the vests seem to have held up their end of the bargain.

Kranz started the tradition during Gemini 4. Every splashdown his wife made a special vest to celebrate the occasion. His Apollo 17 celebratory vest included ornate buttons and red, white and blue stripes. 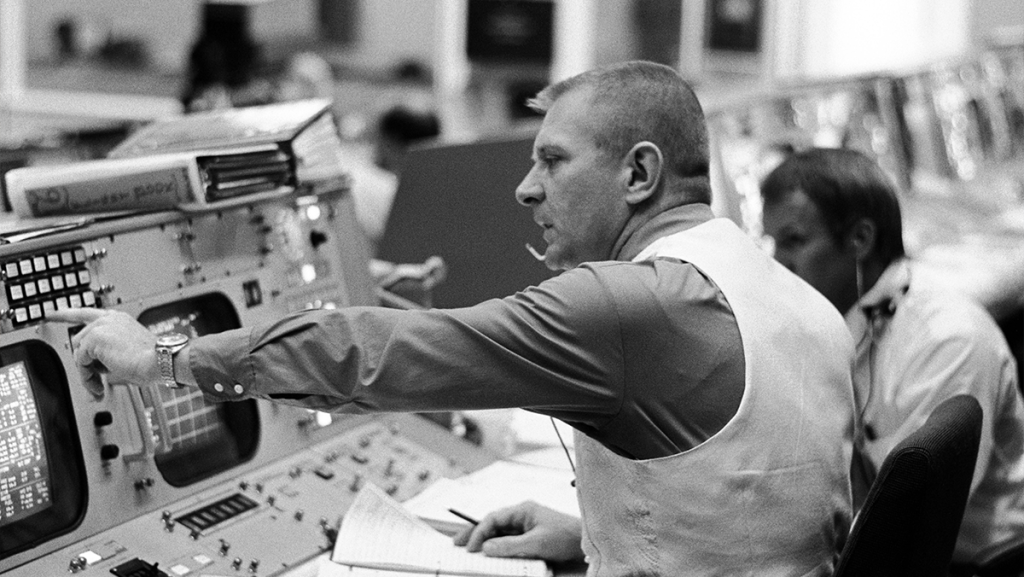 The first few Space Shuttle Program missions that flew hardly resembled missions at the end of the program’s historic run.

Through the course of the unprecedented program, NASA invented a whole new way to fly the orbiters back to Florida with the shuttle carrier aircraft program. NASA officials also had to work out the logistics of flying the orbiters.

One safety feature included in the original design was quickly scrapped. During the first four shuttle flights, the shuttle orbiter Columbia was equipped with a pair of ejection seats: one for the commander and one for the pilot. Vance Brand, the commander for the first four-person crewed mission STS-5, made the decision to remove the two “bang seats.”

This decision was based on studies of World War II bomber pilots who were able to eject while the rest of their crew was left behind. All of those survivors had to deal with the grief and regret of saving themselves while abandoning their crewmen. 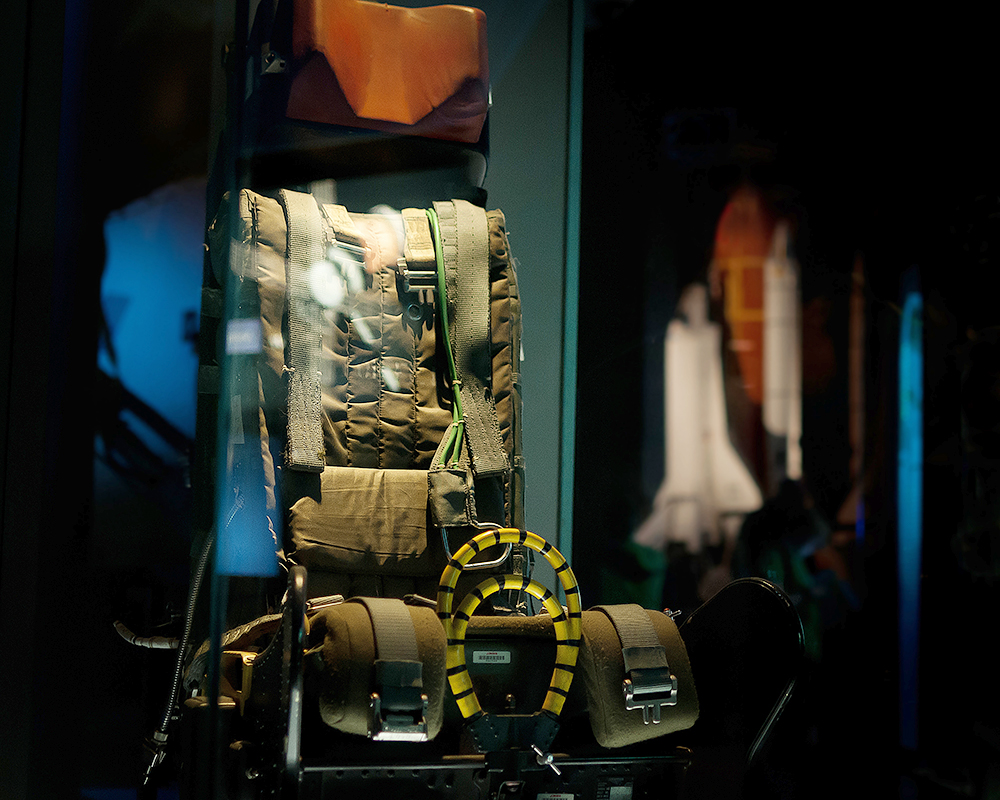 “Gentlemen, we have to fit a square peg into a round hole.”

After an oxygen tank explosion scuttled plans for the trio of astronauts to land on the Moon, NASA had to return them safely to Earth. For starters, that meant sheltering in the lunar module for much of the return.

The problem with this is that the lunar module was designed to support only two astronauts on a trip to the lunar surface. Putting three in a cramped space overwhelmed the module’s carbon dioxide scrubbers, which helped recycle the crew’s supply of breathable air.

The lunar module was about to run out of carbon dioxide scrubbers when the NASA engineers were presented with this problem.

In a thrilling example of the ingenuity of the American space program, these people rose to the challenge and adapted the command module’s square CO2 filters to fit the lunar module’s round system.

Thus, the astronauts could use the extra scrubbers from the command module and make it back to Earth.

Space Center Houston is home to the modified lithum hydroxide canister built by the NASA engineers as a prototype. 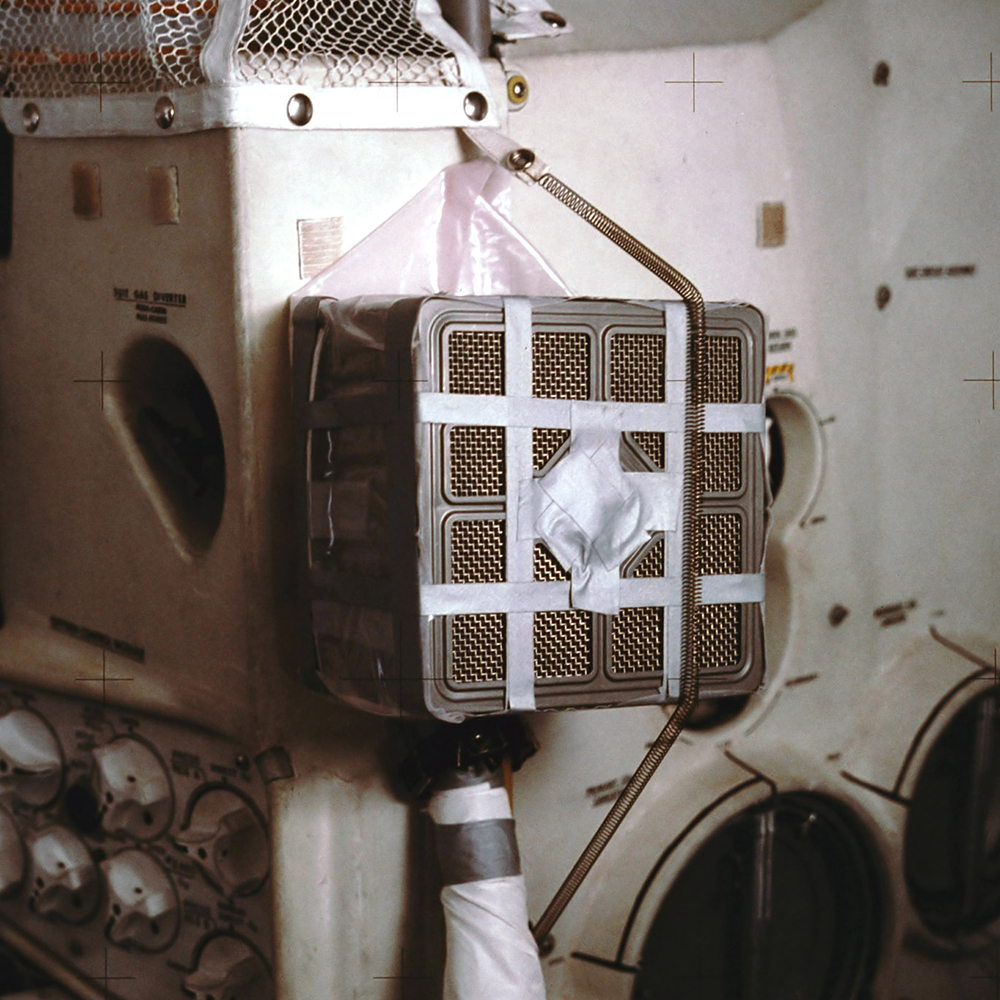 In the midst of the Cold War, a low-orbit handshake ended the space race once and for all. In July 1975, the Russians and the Americans teamed for the Apollo-Soyuz Test Project.

Those 44 hours the two craft spent docked laid the groundwork for much of the next wave of space exploration. Without this cultural cooperation, a marvel like the International Space Station couldn’t have been possible. 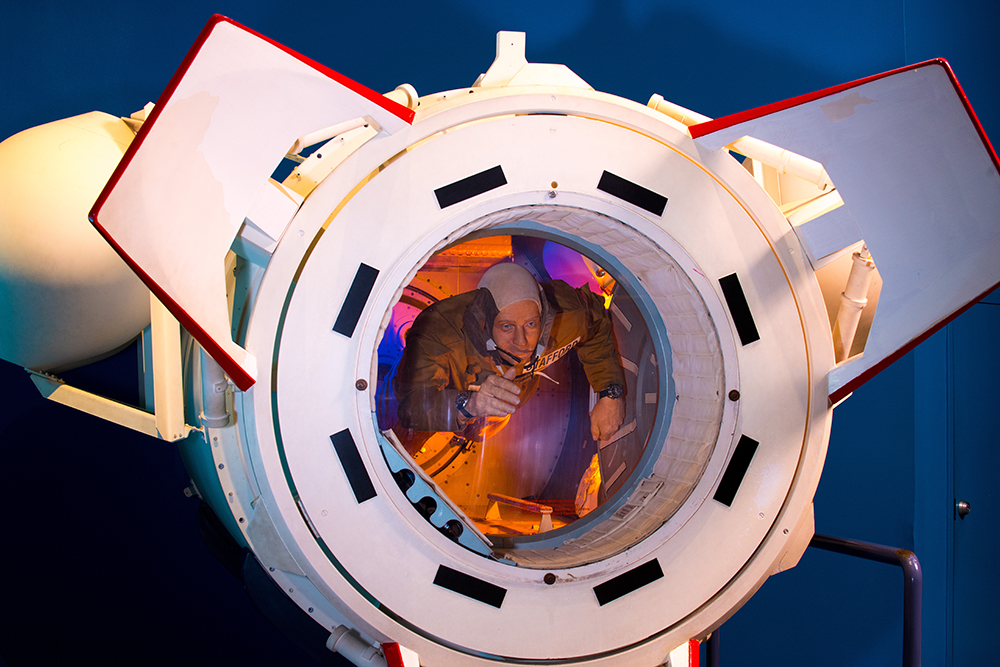 Acceleration, that basic Newtonian force, played a key role in the development of space travel. From breaking the sound barrier to successfully escaping the Earth’s gravity, acceleration remained the key.

Dr. Robert H. Goddard understood this. While sitting in a cherry tree as a young boy, he envisioned launching a craft into space.

“On this day I climbed a very, very small cherry tree at the back of the barn … and as I looked toward the fields at the east, I imagined how wonderful it would be to make some device which had even the possibility of ascending to Mars, and how it would look on a small scale, if sent up from the meadow at my feet,” Goddard said in Milton Lehman’s book, “This High Man: The Life of Robert H. Goddard.”

“It seemed to me then that a weight whirling around a horizontal shaft, moving more rapidly above than below, could furnish lift by virtue of the greater centrifugal force at the top of the path.

“I was a different boy when I descended the tree from when I ascended. Existence at last seemed very purposive.”

That day-dream evolved into the breakthrough that made Goddard’s rocket unique: liquid fuel. The rocket featured in Space Center Houston’s Starship Gallery is an identical replica of the original rocket Goddard launched on March 16, 1926.

Goddard discovered that by using a mix of liquid fuels, the rocket could achieve more acceleration. With that, he was able to step a little higher up that cherry tree and propel the rest of us into space.

His first liquid-fueled rocket burned liquid oxygen and gasoline, rose 41 feet (12 meters) and traveled 184 feet (56 meters) with a top speed of 60 mph (96.5 kph). That was much faster than other rockets of his time, which used gunpowder and other solid propellants. 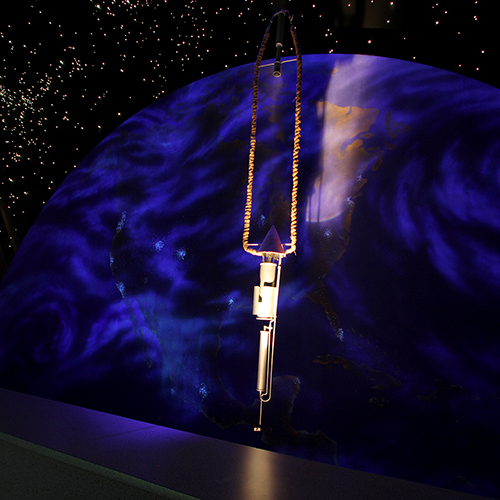 Goddard’s early rocket had an unfamiliar design: it had the combustion chamber and nozzle at the top of a frame made up of two vertical tubes, which carried the liquid fuel from the tanks at the bottom.

Over the next 15 years, Goddard broke six altitude records with his next 34 rocket flights, paving the way for the future of the space program. Every spacecraft and liquid fueled rocket engines today can trace their technical heritage to this early rocket and to Goddard’s ingenuity.

One basketball-sized streak across the skies in 1957 set in motion the Space Race. America’s returning shot to both Sputnik missions was a satellite of its own.

In its Starship Gallery, Space Center Houston has a full-scale replica of Explorer 1, the first American satellite sent into orbit. Explorer 1’s launch on Jan. 31, 1958, just months after the sensational flights of the Soviet Union’s Sputnik 1 and 2, marked the official beginning of the Cold War Space Race for the United States and was a definite boost for America as it struggled with the Soviet Union over the conquest of space.

Explorer 1 was launched from Cape Canaveral by a rocket which was designed by German-born rocket scientist Wernher von Braun. Though scientists learned from Sputnik’s orbits, Explorer 1 made the first scientific discovery from space.

Designed to study cosmic rays, it detected areas of intense radiation around the Earth using a device created by scientist James Van Allen. These radiation areas trapped by the Earth’s magnetic field became known as the Van Allen belts.

Explorer sits in a vaunted place in the history of the American space program. Von Braun’s rocket design and development were integral in the rapid growth of the space program and culminated with the Saturn series of rockets that launched the Apollo missions to the Moon. 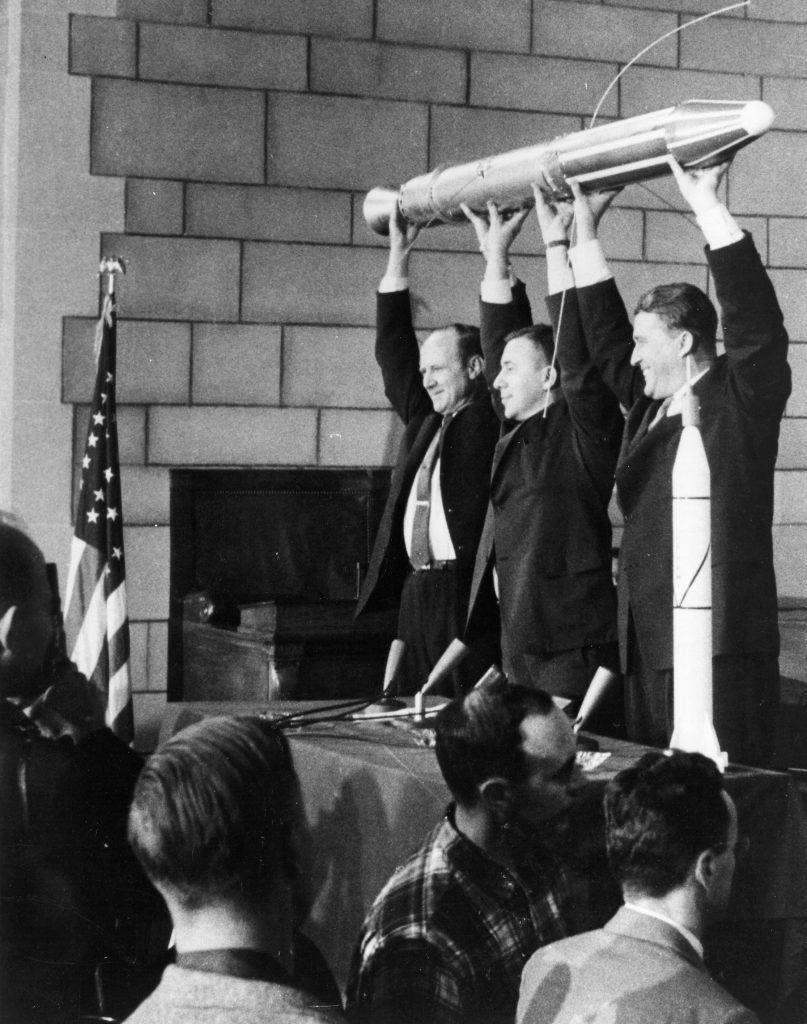