It’s Friday and that means we’re highlighting an astronaut! Today’s featured space traveler is one of NASA’s “Original Seven” astronauts. To commemorate the anniversary of his Apollo 7 flight (Oct. 11), and the 50th anniversary of the Apollo Program, we’re remembering astronaut Walter “Wally” Schirra. In total, Schirra flew aboard three missions. He piloted the Sigma 7 Mercury mission, and served as Command Pilot for both the history-making Gemini 6A mission and Apollo 7, the first crewed test of the Apollo spacecraft. To celebrate, here are some fun, little-known facts about the accomplished pilot:

1) He was the only astronaut to fly Mercury, Gemini and Apollo missions

Talk about impressive! Schirra was the only astronaut to pilot missions for all three of NASA’s earliest projects.

Schirra became the fifth American in space when he piloted the Sigma 7 capsule for the flight of MA-8 on October 3, 1962. The six-orbit mission lasted a total of 9 hours, 13 minutes, and 11 seconds, and traveled an estimated 144,000 statute miles before reentry.

Schirra’s flight paved the way for longer, more complex spaceflights by proving that an astronaut could carefully manage limited resources in space. In fact, Schirra chose to name the capsule Sigma because it symbolized engineering precision, and the success of the flight was nothing less than a “textbook” execution.

After Project Mercury, Schirra worked alongside NASA scientists, engineers and officials to develop Project Gemini, an intermediate stage between Project Mercury and the Apollo Program. On December 15, 1965, Schirra flew again, this time aboard Gemini 6A as the command pilot.

According to NASA, less than six hours after launch, Schirra and Stafford completed a “non-docking orbital rendezvous with astronauts Frank Borman and James A. Lovell, Jr., both from the “New Nine,” aboard Gemini 7, 170 miles above the Mariana Islands.” This had never been done before, and pushed American into the lead in the space race. The flight lasted a total of 25 hours 51 minutes and 24 seconds, and the crew of flight Gemini 6A completed 16 orbits.

On September 29, 1966, Schirra was assigned to the second manned Apollo flight, but after the tragic Apollo 1 fire that occurred on the pad in January, Schirra was reassigned to the prime crew for the first crewed Apollo mission. It was October 11 in the year 1968, when Schirra launched as commander of Apollo 7, alongside his comrades, Donn Eisele and Walter Cunningham.

The crew was tasked with checking all the spacecraft systems, particularly those that had been redesigned following the tragic Apollo 1 fire. The mission was historic in many ways. It also provided the first television pictures from a U.S. spacecraft. The crew completed 163 orbits over the course of 10 days and 20 hours. Schirra’s last flight ended on October 22, 1968.

2) He made a risky choice not to eject on the launchpad aboard Gemini 6A, and it paid off

It’s December 12, 1965. Schirra and Stafford sit atop the Titan II booster in their spacecraft as it ignites…and suddenly shuts down. The instrumentation signals that liftoff has taken place, but Schirra didn’t feel liftoff. To him, they hadn’t moved. The two-man crew is now in a very dangerous position. The booster could explode. Should they eject from the spacecraft or remain put, hoping it doesn’t?

Things were not going as planned. The original mission was to use an unmanned Agena target to rendezvous and dock with Gemini 6, which would be launched as the Agena was completing its first orbit around the Earth. But, the target never made it into orbit. The Gemini 6 mission, with Schirra and Stafford, was postponed.

What would NASA do? Would the mission objective be abandoned? Nope. Just modified.

NASA ultimately decided to use Gemini 7 as the target of a non-docking orbital rendezvous instead of Agena. It seemed impossible. The Soviet Union had attempted this type of rendezvous both in 1962 and 1963 but the cosmonauts could not get any closer than several miles and only succeeded in establishing radio contact.

With a new plan in place, Gemini 7 launched on December 4, 1965, carrying Frank Borman and Jim Lovell. Eight days later, from the same platform, Gemini 6A (re-designated), prepared to launch for a historic flight. The mission hung on the successful launch of Gemini 6A…which would soon become regarded as, “one of the most harrowing” launch attempts in the history of America’s young space program.

Flashback to the capsule with Schirra and Stafford and their terrifying decision…would they eject or stay put? Instead of opting to eject himself and Stafford, Schirra chose to remain in the capsule as technicians worked to confirm that the booster would not explode. It was later determined that a, “tail plug fell off prematurely causing the engine shutdown and the erroneous liftoff signal.”

The decision paid off. Had Schirra and Stafford ejected, the mission would have been scrapped. Three days later, Gemini 6A launches into orbit. Less than 6 hours after the launch of Gemini 6A, the dual Gemini flights achieve a crucial spaceflight milestone…an orbital rendezvous, the first in history, propelling America ahead in the space race.

NASA states this about the historic rendezvous:
“It was a transformative capability that was not only necessary for the Apollo moon landing missions, but crucial in building and operating the International Space Station. The rendezvous marked the first time a human spaceflight milestone was achieved by the United States first.”

Schirra’s intuition played a role in that monumental achievement.

Colds aren’t any fun for anyone. Especially, if you’re flying on a plane. Drastically more so when you’re stuck in space. That’s exactly what happened to the crew of Apollo 7.

Approximately 15 hours into the mission, Schirra came down with a bad head cold. Cunningham and Eisele soon came down with one too. In a micro-gravity environment, mucus will tend to accumulate, filling nasal passages. It won’t drain from the head like on Earth. The only relief for an astronaut, is to blow very hard, which can injure or hurt one’s eardrums.

As the mission was ending, the crew worried about reentry and the helmets they would have to wear…how would they be able to blow their nose? The pressure buildup could potentially damage their ears as they made their way home.

Mission Control worked very hard to convince the crew to wear their suit helmets, but Schirra was strongly opposed to the idea. Instead, they each took a decongestant, called Actifed, just an hour prior to reentry and made it home with no injury to their ears. After 10 days and 20 hours, and 163 orbits later, the crew was finally home.

Schirra later went on to endorse the decongestant in commercials, like this one: 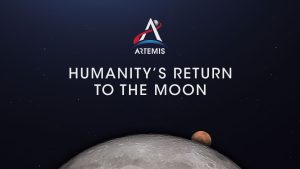