This engineer, pilot and U.S. Navy Commander was selected by NASA in 2013 and was serving as a Legislative Fellow in the United States Senate at the time of his selection.

Glover served as the pilot for NASA’s SpaceX Crew-1 mission, the first crew rotational flight of a U.S. commercial spacecraft with astronauts to the International Space Station (ISS), which launched in November of last year.

As part of his long duration spaceflight to the ISS, he served as a Flight Engineer for Expedition 64.

Learn more about Glover with these three fast facts: 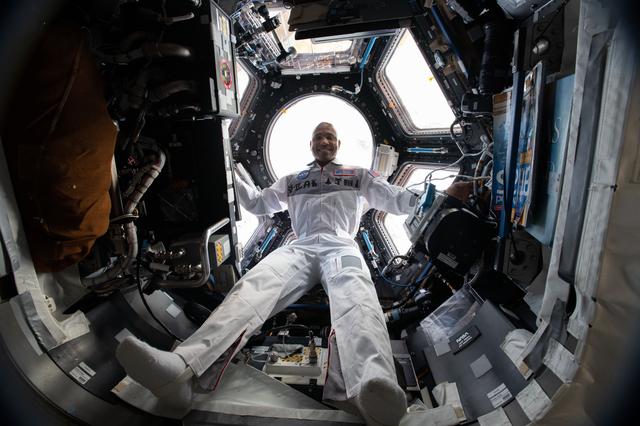 1. Last year, Glover became the first Black astronaut to live and work onboard the ISS as part of a long-duration spaceflight mission.

According to the Smithsonian National Air and Space Museum, Glover is the first Black astronaut to live onboard the ISS as part of a long-duration flight.

He launched to the ISS with NASA’s SpaceX Crew-1 flight, which delivered him and his three crew members to the station as NASA celebrated 20 years of continuous human habitation aboard the ISS.

As a Flight Engineer for Expedition 64, Glover aided his crew members with research investigations, performed station maintenance, and conducted several spacewalks. In fact, his second career Extravehicular Activity (EVA) was also the second spacewalk of this year!

To date, Glover has logged more than 26 hours spacewalking.

2. Before he dreamed of becoming an astronaut, he wanted to be a police officer. 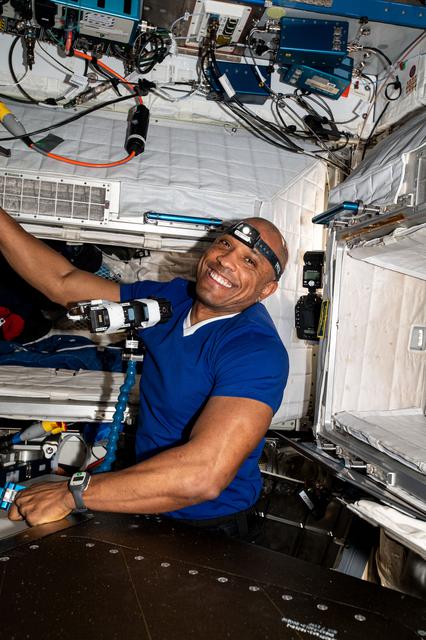 Glover has a long history of service to his country, having served as a U.S. Naval pilot in peacetime and in combat.

However, prior to his military service and selection as a NASA astronaut, Glover imagined a different career. As a kid, he imagined he would one day be a police officer, just like his father.

His path ultimately changed upon seeing the shuttle on television one day (see Artemis clip above).

While he did not join the police force, he did find ways to serve his country and community in his role as a Naval pilot, as a Legislative Fellow in the United States Senate, and today as a NASA astronaut, where he continues to work alongside and inspire the next generation of space explorers.

What astronaut doesn’t dream of going to the Moon?

Glover, like many of the other Artemis astronauts, hopes a trip to the lunar surface will be in the near future.

“I have fantasized about stepping on the Moon. It’s my dream. My dream is to work on the surface of the Moon,” Glover tells NASA in the Artemis clip above.

As part of the Artemis team, Glover is one step closer to realizing this dream.